Tree Koozies – What a great idea!

No, we didn’t go into the Koozie business but thought it was such a great idea for those of us in the business that we just had to share!

Beautifully handcrafted Beer Koozies made right from tree branches!! Real wood and bark, no fillers or other veneer materials. Made by a local crafter in Massachusetts.  These come in sizes for 12oz. cans, 12 oz bottles or 1 liter bottles.  We currently have them on a trial basis and only have one of each.  If you want more than one or we’ve sold out, please email us and let us know you want a “Tree koozie”!

So, if you want one of these, click on the picture above to go to their website! 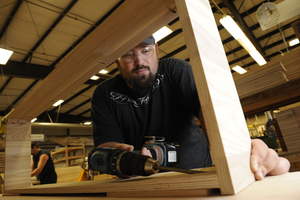 In any manufacturing operation there are always small amounts that are in excess of the needs of the operation at some particular time. We have two lots of squares that fall into that category right now. They are: 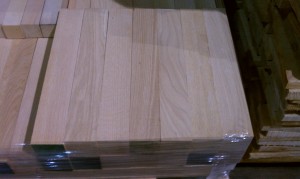 There are 468 pieces available 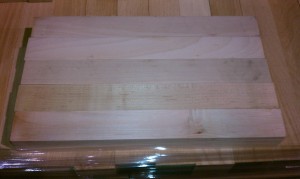 There are 27 pieces available

If this is something that you might be interested in, please call Mark Thomas at 812-248-2233 or e-mail me at mark@bhd.us

I look forward to hearing from you!

RTA Face Frame parts are now available as chopped to length part that has a 1/2″ plywood plough milled into it. The Face Frame parts come in all the species that we sell regular face frame parts in such as poplar, red oak, hard maple, hickory and soft maple. They come in a number of standard lengths such as 14.5″, 30″, 31 1/8″, 36″ and 42″ lengths. All are molded to 13/16″ in thickness as well as to their standard widths. All are cut to length via a precision end trimmer for the consistency that you need and want.

We make these parts as a way to deal with side bend and end bow in the standard mill length parts and we go to great lengths to cut any severe bow and bend out of the product.

Call us today at 812-248-2233 and find out how we can make your throughput in your cabinet shop go a little faster!